Open for anyone using or interested in Elixir (with a healthy side dose of Erlang). Welcome to Elixir coders of all levels: newbies, dabblers, everyday users, and pros. 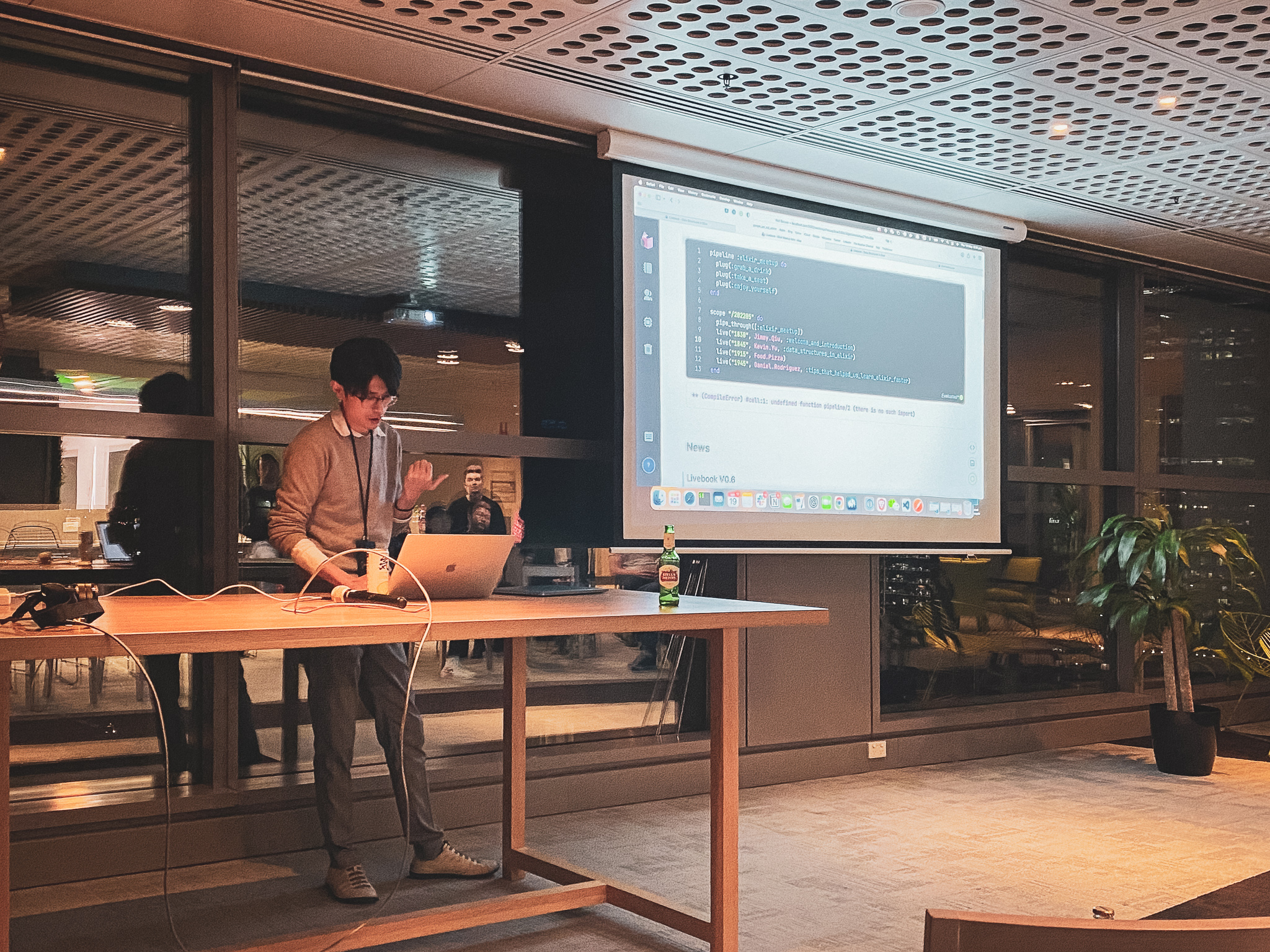 Our monthly meetup is where we go over Elixir ecosystem news, listen to great talks, and socialise with other Elixir developers of all levels. State of Data Science in Elixir The following was originally part of a presentation I did at the Elixir Melbourne meetup on the 19th May, 2022

In the following presentation we’ll be covering three main data structures in Elixir:

How do we make immutable data performant?

This is why we need persistent data structures

Persistent data structures are immutable, but can reuse old parts of itself when modified (through structural sharing)

So why don’t we use an Array to implement the persistent list?

What can we do with this knowledge ?

Let’s reason about the ++ operator

When you call C = A ++ B, under the hood the left side A is copied, and then the last node is pointed to the list on the right

So we can see here that the main cost of this operation is in the copying of the first list, A.

In general, the time complexity is O(n) where n is the length of the first list.

Let’s keep that in mind as we go through an example using this operator, to see how we can use this operator optimally.

As you can see, Linked Lists are really good for insertion, but not so great for access/search

This means that we have

So they’re really good for reading, but not so great for creating, inserting and deleting.

This means that they are ideal when you have small list of values that need be accessed quickly This makes sense when you see where they are commonly used, like in function returns as well as pattern matching

When to use lists vs tuples?

What happened? This is because when we exceed 32 keys, Maps become implemented using a different data structure, the Hash Array Mapped Trie (HAMT) so it is no longer sorted.

A number of other functional languages also use this data structure to implement their Map (e.g Scala, Clojure)

Maps with > 32 keys with the HAMT (Hash Array Mapped Tree)

This is where Hashing comes in

The advantage of this is:

But this means that the tree becomes really deep, as it will take 8 steps each time to reach a leaf

To create wider trees, we can split them into 2 bit sections

Adding to a HAMT

Below is the implementation of the get for the Map implementation in Erlang’s OTP with some comments for my own understanding and reference. Source link here

Since we have a Trie data structure, most things like insertion and deletion take O(log_32(n))

This isn’t too bad though as our Trie’s depth is limited to the hash length / section length, which is usually around 7-8

In practice, it is almost as performant as the regular old HashTable that allows O(n) access

Diving into the implementations of data structures in Elixir was really interesting! I’d always have a nagging thought that I didn’t really understand what was happening beneath the surface when coding, so it was a bit of a relief to finally gain some understanding of how these common data structures work in Elixir!

Please let me know if you spot any issues/incorrect statements in what i’ve written above!^^